The rain is playing an awful dirge,

it’s as if it senses my mood.

not caring if I sound rude.

The winters gone on far too long,

as it’s really become a pain.

So who I pray is friends with the sun,

can you call a favour or two.

Do tell her that she’s welcome to stay,

if she really does listen to you.

Tell her that we find her so radiant,

that’s truly said from the heart.

And ask her to bring blue skies along,

tomorrow would be a good start.

What if it wasn’t men from Mars,

what if it was just sheep.

White and wooly, fluffy ones,

What if God is not really a man,

A pouch where she puts children,

would that appeal to you.

Why are beings from outer space,

They could be other creatures see,

but does that fit with the plan.

We must think that man is perfect,

to create him all over again.

In the paintings of angelic realms,

the angels look just the same.

And what if man did not exist,

what if the world was just trees.

With a smiling moon looking over,

that was really a big ball of cheese. 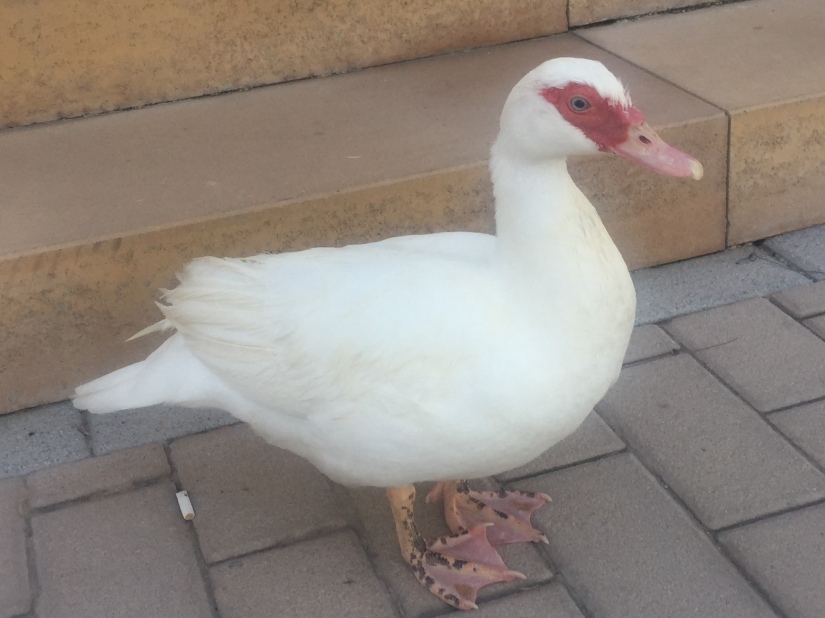 So if you really want to eat me,

you will have to catch me first.

I will not make it easy for you,

I’m fast so you’ll work up a thirst.

I’m called duck as I have pluck,

If you really are that inclined,

why don’t you eat your pet cat.

Oh yes, my beak is quite a tool,

I’ll go first for your eyes if I can.

Really I’d think about it my friend,

why don’t you become a vegan.

I can’t quite get my head around the fact that people want to eat these beautiful creatures, life and let live they say, but surely that goes for all. ~

I polish taps and sinks, I don’t like water marks and I’ve been known to follow people into the bathroom to dry the taps after them. It’s crazy isn’t it, I mean aren’t taps supposed to get wet. I hate this about myself, hate the fact that I’m so small minded and that I worry about if taps are shining or not.

I’ve got other OCD tendencies, I don’t like sitting on the sofa, well I didn’t until I sold it anyway. It was a beautiful sofa, big feather cushions, that squashed immediately if anyone sat down. What looked majestic, strong and beautiful, looked like a piece of trash if it was sat on. I sold it because I was downsizing, not because of the feather cushions, I got used to it being squashed. My friends sat on it all the time, to spite me or teach me a lesson, it did I relaxed a little but until the day it went I could never leave the house or go to bed without puffing the cushions.

I take after my dad with these crazy habits, I’m not quite as bad but I’m not good. I like things spick and span, on the surface that is because behind closed doors it’s a completely different story.

For me when everything is shiny and in place, I’m more in place, I function better. So polishing my taps is a treatment of sorts, it clears my mind. I cope so much better in a clean and tidy environment, I can think. Saying that I’ve spent years working in situations of crisis, yet this has never bothered me. I’ve worked with people who have experienced traumatic situations and therefore the environment has often been a reflection of their inner turmoil. That’s probably why I like to tidy my own space as I’m tidying myself up on the inside as I do it.

I’m a bit of a collector, I like nice things around me so being tidy takes time. I like books on art and philosophy, spiritual practices and poetry, I like pictures, mainly of women but nature too. I like to cook and my store cupboards are brimming with ingredients, I like lots of things.

I wish I wasn’t so peculiar, I practice spirituality but part of me is obsessed with the human side of me, the collector, the organiser, the nutter!

I don’t mind a messy garden, I like the fact that all flowers are different, that there is variation in nature. I love to be by the water, I don’t mind that the shore is still wet when the tide goes out. I suppose I’m still a piece of work in progress and the bottom line is I just polish taps!

I have a God of parking spaces and a God of good hair. I don’t use them all the time, just on very special occasions. I don’t take them for granted and they usually answer when I call. I think that might be what I call collaboration.

that it could have been me.

For not one tiny second,

although you can’t tell.

No one can see,

that I’m living in hell.

It was a bitter pill,

the day I let you win.

As it’s only for me,

that you now have him.

yes I can see,

he could of had me.

You’ll bore him to tears

I would have amused him

for many a year.

you won him fair,

I’ll give up the fight.

By the way this is a joke post, it didn’t happen!

I haven’t any curtains yet,

so there I’m a little exposed.

If you look into my windows,

My place is nice and tidy,

But then I suppose I should,

as it’s likely to be seen.

If you think that you can see me,

know I see you too.

I won’t twitch behind the curtains, ﻿

I’ll stare right back at you!