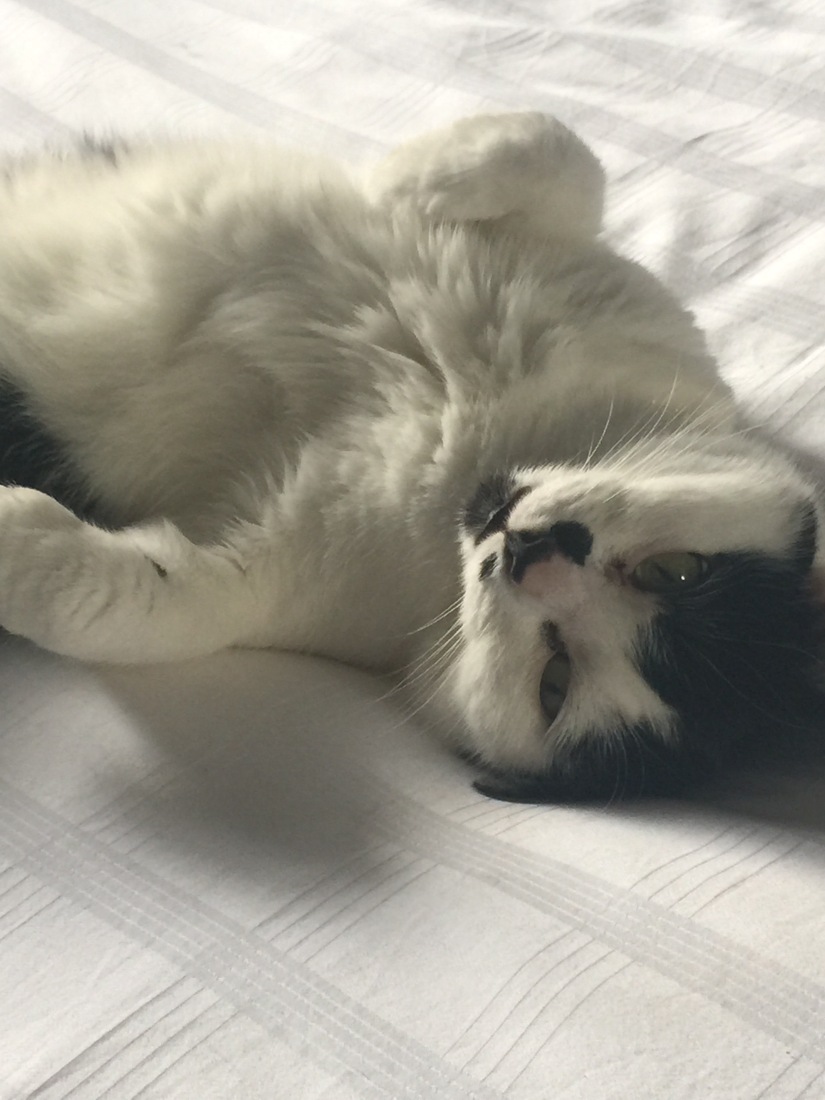 Laying in bed in the early hours, I felt a pressure on the end of the bed, something touched my foot. I didn’t look, l wanted to, but know through past experience nothing is there. The longer I keep my eyes closed and just lay there, the longer it lasts.

Last year when this happened the pressure moved around for a while, it felt similar to a cat padding through the covers. This was shortly after I lost my cat and I wondered at the time if it was my Eris coming to tell me she was okay.

I don’t know what this pressure thing is but do know it has only happened in the last couple of years. I had two huge bereavements in 2014 that rocked my world.  This activity has only happened since that time.

It doesn’t happen when I’m wide awake but also I know I’m not asleep, I’m in that in between state on just waking.  I think it is a message from someone. Last night it felt like someone sat on the end of the bed, gently brushing against my feet as they did.

I know this would terrify some people but I find it comforting.  I don’t say anything at the time as I explained as I don’t want it to end, so I thought I’d share it as a confirmation of the experience.

Does anyone else have similar things happen to them. Is it our traumatised minds or something else, something we don’t really understand.