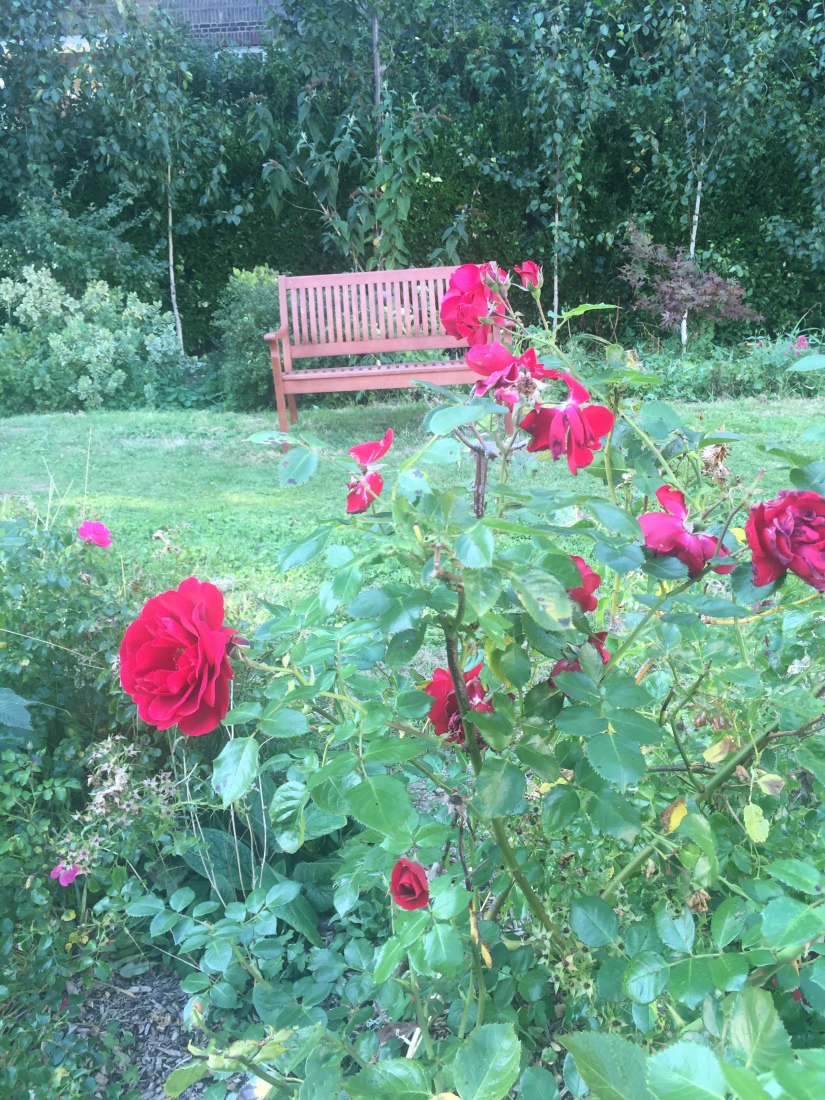 The elderly man sat down on the bench in the park and looked across the lawn to the tennis courts.  It was the first day of spring and the courts were full with youngsters, it reminded him of the love he once had for the game.  He remembered the trip he took to Wimbledon’s Centre Court for the final, all those years ago.   He hadn’t watched a game in a very long time and today was not going to be the day for catching up.

At the top of the bench there was a shiny silver plaque, the inscription in italic read ‘George Knox – loving father and husband, died as he lived in peace and love’.  He looked at the plaque for a moment and thought about George.  The family had done well, the bench was in a lovely spot, it got the warmth of the afternoon sun but also benefitted from a little shade at one end from an old oak.  The oak tree had been there for as long as he could remember, before the tennis courts, before the playground and long before the bench.  The scene, together with the glorious sunshine, was perfect for today.

The man had not been to the park for a very long time, he had never before sat on the bench.  Today was special, he was in the park to meet someone.  He turned to the gates, she would come from that direction and it wouldn’t be long now.  The clock above the bandstand showed it was a little after two thirty in the afternoon and she would have certainly finished her lunch. There she was, slowly entering the park with her walking aid, a small trolley with seat she pushed along in front of her to steady herself.  It gave her some independence and allowed her to visit the park when it was warm enough, today the temperature was just right.

Even from that distance anyone could see Marion was a fine woman.  He didn’t move towards her, he had to hold himself back but he watched every tiny step she made as she walked slowly and purposefully towards the bench.  There was a glimmer of a smile on her lips as she approached, she would be happy to see a space to sit herself down.  Now he was sitting along side her, he looked closely at her profile and again marveled at the fine bone structure and soft almost milky skin.  There was no need for her to wear make-up but he noticed a little lipstick, feint and unnoticeable to most but there all the same.  Marion was wearing her Christmas earrings, red enamel clip-on’s with a little sparkle.  He wondered why she had chosen today to wear them again.

The trolley was left to the side of the bench, she had taken the last couple of steps unaided.  They would not be taking it along with them, he would give her all the aid she needed from now on.  Marion sat on the bench until the sun set over the park.  It was only then that anyone noticed the old lady had died peacefully, her heart stopping gently at three, twenty-three.

George and Marion Knox walked together from the park arm in arm, reunited once more.

1 thought on “The Park Bench”